History of Baha’is in Miracle Springs 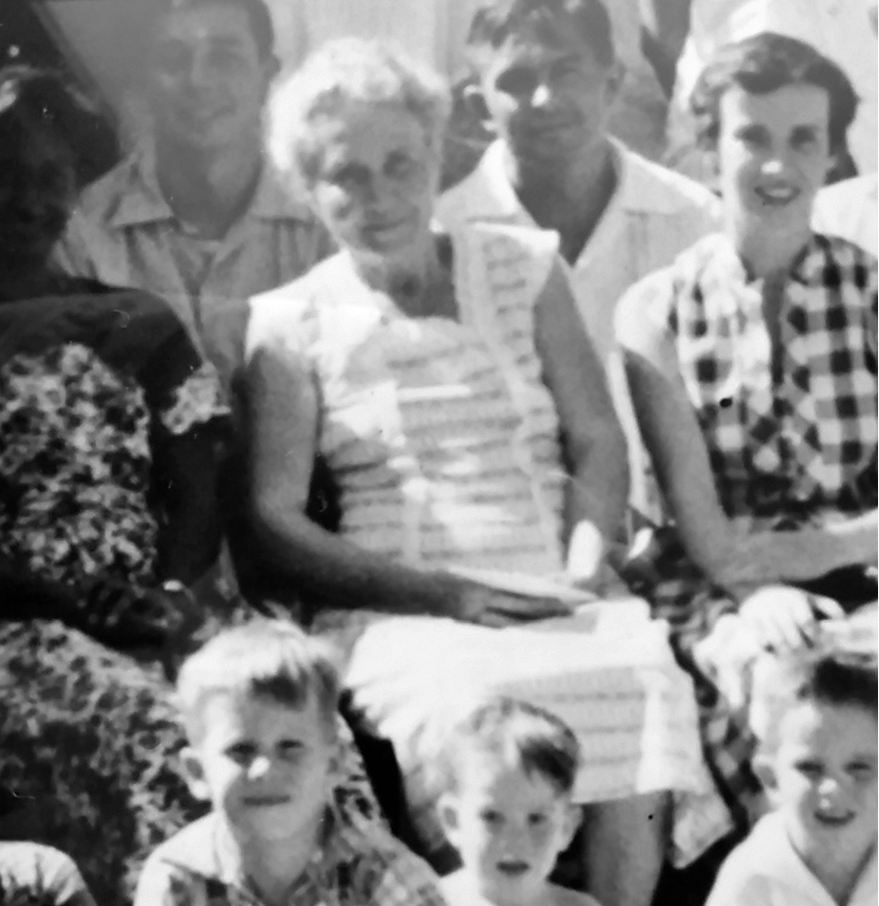 Anna Reinke was loved by everyone and had many Baha’i events at her home.

The most challenging issue facing America today it the question of race and how to achieve unity.

History of the Baha’i faith in Miracle Springs and Iran

The first Baha’is to live in Miracle Springs were Roy and Edna Foster. Before recognizing Baha’u’llah as the one promised in the Bible they were Christians. Fortunately for them they live in a country where there is freedom to choose your religion.

The freedom to choose your religion doesn’t exist everywhere. But, the good news is everyday it is more apparent that we live in a new age and that religious prejudice, racism, and sexism have no place in it. Yet, unfortunately, on every side there are people who want to drag humanity into the outworn thoughts and prejudices of another time. They are holding onto the past as if the past could somehow become the future.

In Iran, for example, the champions of Islam led by their priesthood torment the Baha’is and try and stamp out any evidence of the Baha’i faith. They persecute the Baha’is relentlessly. So much so that many Baha’is have fled to America and Canada to escape persecution.

The United Nations is aware that on two occasions all the members of the National Spiritual Assembly of the Baha’is of Iran have been rounded up and taken away under cover of night and disappeared. They are presumed to have been murdered by their abductors.

Imagine the same thing happening in the United States of America!

In Iran it is common for Baha’is to be arrested and falsely accused. They are given long prison sentences and told if they convert to Islam they will be freed and given money. When they don’t recant their property, bank accounts, and everything they own is confiscated often by neighbors. However, to be fair, despite the best efforts of the Iranian clergy, not all Iranians dislike Baha’is. Some risk their lives to defend Baha’is from cruelty and injustice.

Today, and from the very beginning of its history, the intense persecution of Baha’is continues throughout Iran. It is incited by the Muslim priesthood. The same clergy that ordered the execution of the 30 year old Bab, and tormented Baha’u’llah with exile and imprisonment for more than forty years.

Since the Baha’i Faith started 176 years ago, it has spread across the earth faster than any religion in history. There are Baha’i communities in America and Canada, including the Baha’i Communities of Mesa, AZ and Austin, TX, which have many Persian Baha’is. Some of these have close relatives and ancestors who were persecuted and murdered in Iran simply for believing in Baha’u’llah and refusing to recant their religion.

When you meet these Persian Baha’is think of them like the descendants of early Christians who were murdered by the Romans and by citizens of Greece and Macedonia, for example. The early Christians spread from the Jewish homeland of Palestine – an insignificant part of the Roman Empire – across the known world to tell people about Jesus the Christ, the chosen Manifestation of God who like the Bab gave His life to uplift humanity.

In some cases the ancestors of the Persian Baha’is you meet in Mesa and Austin, for example, were the dawn breakers of the Baha’i faith who have paid with their blood so we in America and the entire world could have the opportunity to hear about Baha’u’llah and consider His revelation.

"That which the Lord hath ordained as the sovereign remedy and mightiest instrument for the healing of all the world is the union of all its peoples in one universal Cause, one common Faith."

Audio. That which the Lord hath ordained

Teachings and Principles of the Baha’i Faith

There is only One God the Creator of Heaven and Earth. None of the manifestations or prophets are God.

Humanity is one family

The human race is one family. All people are equal in the sight of God. Slavery, war, and cruelty are forbidden.

Men and women are equal

Baha’u’llah is the only messenger, prophet, or Manifestation of God to state men and women are equal.

The Harmony of Science and religion

Science without religion becomes destructive and religion without science produces ignorance and superstition.

The Elimination of all forms of prejudice

Prejudice is a disease. It produces people who don’t think for themselves and default to their weaknesses.

The need for universal compulsory education

Obedience to government and non-involvement in partisan politics

Politics divides people and disobedience to government leads to anarchy, destruction, and oppression.

A world where Independent investigation of truth is prized produces freedom

People prize freedom over oppression but it can never be achieved without independent investigation of truth.

Given universal education and striving for world peace will inspire the rich to share more wealth of their own volition.

"Rely upon God, thy God and the Lord of thy fathers."